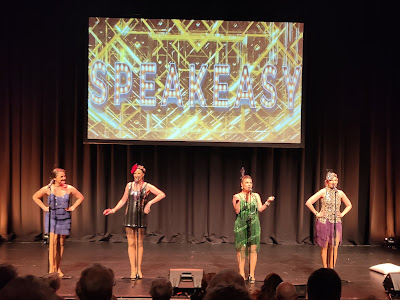 Well, that was fun.
Tap, dancing, singing all at the Speakeasy. 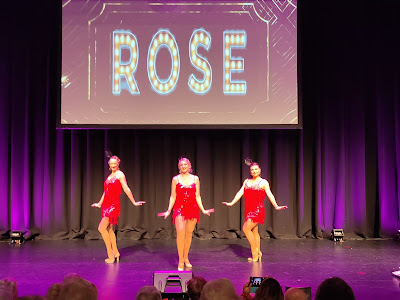 Did l also mention trivia and a door prize. It was a show with a little bit of everything.
Jenny Usher is the creator of this show. I think it may have been developed during lockdown and it's set in a Speakeasy of the 1920s. All four were in fine voice and the costumes were divine.
Candy Shop Show Productions are an independent touring company based in Brisbane. I saw this show in Dandenong and it currently playing in West Australia.
Yet another good show in a suburban theatre.
https.//candyshopshow.net